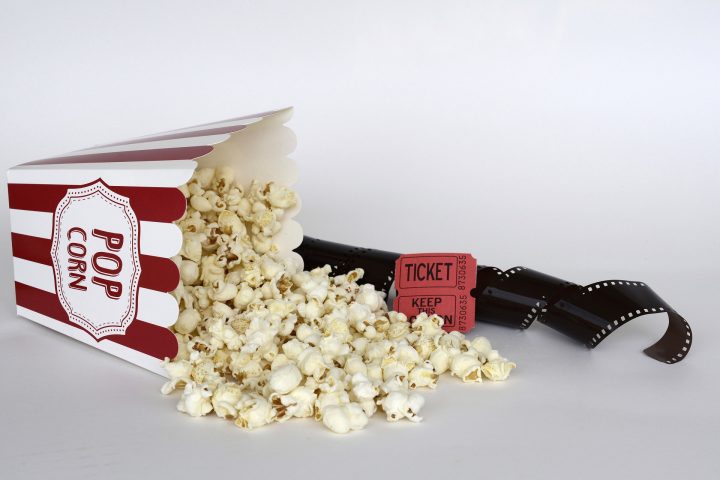 There are three ingredients to a good movie experience: a good movie, good company, good popcorn.

Since we were kids, the theater had always been brimming with life – from couples on their first dates to group of friends after school night. When a kid’s show was on, you’d remember all the youngsters your age screaming at their moms and dads in excitement.

Apart from the strobe lights and bulbs, one thing that makes you nostalgic of the good old days is the smell of buttered popcorns at concessionaire stands in the theatre. And as always, you wait in line for a bucket of those greasy kernels and a cup of soda as you did with your ticket. You know the theater will take you to another journey to a faraway place.

But how did popcorns end up in theaters? And how have they evolved now?

The history of movie theater popcorns

Popcorns first arrived in America in the 19th century. English whalers brought it back from Chile. In 1885, the first steam-powered popcorn machine was invented by Charles Creton. Since then, the popcorn industry exploded and popcorn stands were there alongside the circus, fairs, and even sporting events.

Popcorns were cheap. Plus, it was so fun to make that it was an instant boom. But did you know that popcorns were actually banned by movie theaters?

According to “Pop Culture: A Social History of Popcorn” author, Andrew Smith, theaters back then were only for the rich. They wanted to exude the lavishness and elegance of real theaters. That means movie theaters had the same air of luxury with their interior design.

Not only that, only the educated could watch movies since the films back then were silent ones.

Theater owners didn’t want to be part of the popcorn industry as that would only bring down the image they have built. Add popcorns and it would bring mountains of trash and loud chewing that could distract the audience.

But in 1927, the world changed. Films added sounds and drew in a larger audience. Popcorn stands grew more outside of movie theaters. During the Great Depression, cheap movies and cheap snacks were the only source of escape.

Soon enough, theater owners realized popcorns can be profitable. In fact, those theaters that sold concessions were the ones that survived the Great Depression.

Until now, movie theater popcorns still bring in more profit for theaters and us, consumers, still love our kernels.

When we say popcorn, there are two things that come to mind: movie theaters and butter.

Buttered popcorns are pretty much the most iconic of all movie theater kernels. It turns out, though, that they weren’t using butter at all. What makes your movie popcorns so good and so almost-forbidden is Flavacol and “Butter Flavored Topping.”

Flavacol is that yellow powder that is tossed on the kernels when they pop. It makes them savory and yellow. On the other hand, the “butter flavored  topping” doesn’t actually have butter. It’s partially made of soybean oil and other chemicals to mimic the taste of butter.

But while we still love a couple more presses on the butter dispenser, buttered popcorns are the thing of the past.

Now is a new era of popcorn.

Do you want classic flavors such as cheese and chocolate? You’ll find them Washington movie theaters such as Cinerama. Or maybe you want something a little fancy? Try truffle flavored popcorns, garlic butter popcorns, or popcorn chicken – all amazing flavors for different palates.

And a lot of these movie places actually use real butter. Yes, it might be a little unhealthy, but it’s a guilty pleasure you can’t really shake off.

It’s a good day to be alive, knowing that you can indulge your kernel cravings with something more than butter-that’s-not-really-butter. And you can get more too – good food comes with great entertainment. If you want some theater hopping with your friends, never forget to try their individual popcorn bestsellers.

Which is the best?

To choose which of these flavors is the best is a challenge. But it’s a challenge with great advantages – just imagine trying out all the popcorns, snacks, and drinks while watching amazing movies. It’s pretty much heaven on Earth.

If you do have time, you can try copying these infamous popcorn flavors and see for yourself. Then again, it’s nothing like the experience in a real theater with their own recipe.

So, how about this? Anytime you’re free and looking to de-stress, call a friend and drive to a different movie theater. Buy their most unusual popcorn (or at least more unusual than the buttered popcorn), snacks, and drinks.

Life is too short to stress about and if we can have some good and cheap snacks with great entertainment, let’s grab our chance.

If you want more interesting, entertainment facts about theatre, you can read in this theatre essay.